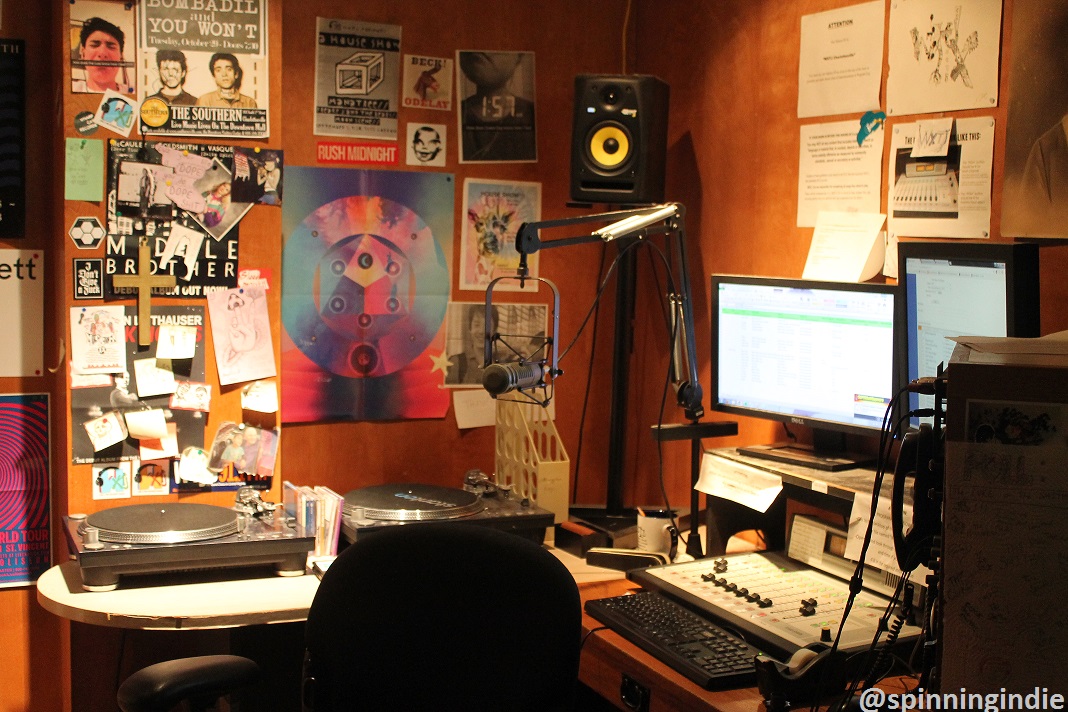 In episode 167 of the Radio Survivor show / podcast, our guest Andrew Bottomley delves into the roots of podcasting and internet radio. The story includes a few pioneers of college radio, namely college radio stations that launched simultaneous internet radio streams along with their FM broadcasts. University of North Carolina, Chapel Hill’s WXYC and Georgia Institute of Technology WREK launched their initial flows on November 7, 1994; while the University of Kansas KJHK began airing in December 1994.

With 169 episodes to date, the Radio Survivor Show / Podcast frequently addresses college radio issues, with some episodes focused solely on student radio. If you haven’t seen it in a while, here are some college radio-centric episodes:

As I compiled my summary of college radio news, I discovered a fascinating history of the early days of college radio in Montana. The Missoula current writes from Garvin Dennis Shallenberger, who came to Montana State University in 1923:

GD was from Beloit College, where he had helped build a broadcast transmitter with his physics students. In Missoula, with the support of State University (now UM) President Charles H. Clapp, he and his students would tackle the same project …

At the beginning of 1924, according to the Missoulian, the students had built a 50-watt experimental station called KFLW, operating over 234 meters. “The station opened Tuesday night (April 29), broadcasting the Missoula Male chorus and the Varsity Glee Club concert.”

One of the station’s experiments was a “… broadcast with a recreation of a Grizzly-Bobcat game based on relayed telephone descriptions.” Under the KUOM license, the station’s first official broadcast took place on February 17, 1925. Four years later, the license was not renewed and KUOM disappeared. According to Missoula Current, “Finally, on November 3, 1929, the National Radio Commission ordered KUOM and 19 other stations across the country to ‘take off the air’ for not filing license renewal applications. “

As followers of radio history know, the late 1920s was an increasingly competitive period in radio, with a number of pioneering college radio stations leaving the dial, including the first my alma mater’s station, the WABQ at Haverford College.

Opinion of the auditors

Support from readers like you makes such content possible. Please take a moment to support Radio Survivor on Patreon!

Jennifer Waits is the co-founder of Radio Survivor and is its editor-in-chief of College Radio and Culture. She is fascinated by radio culture and has visited over 165 radio stations in the United States and Ireland. She is passionate about the history of radio and is the Co-Chair of the College, Community and Educational Radio Caucus on the Library of Congress Radio Preservation Task Force. A longtime college radio DJ herself, she hosts a weekly show at KFJC 89.7FM in Los Altos Hills, California.