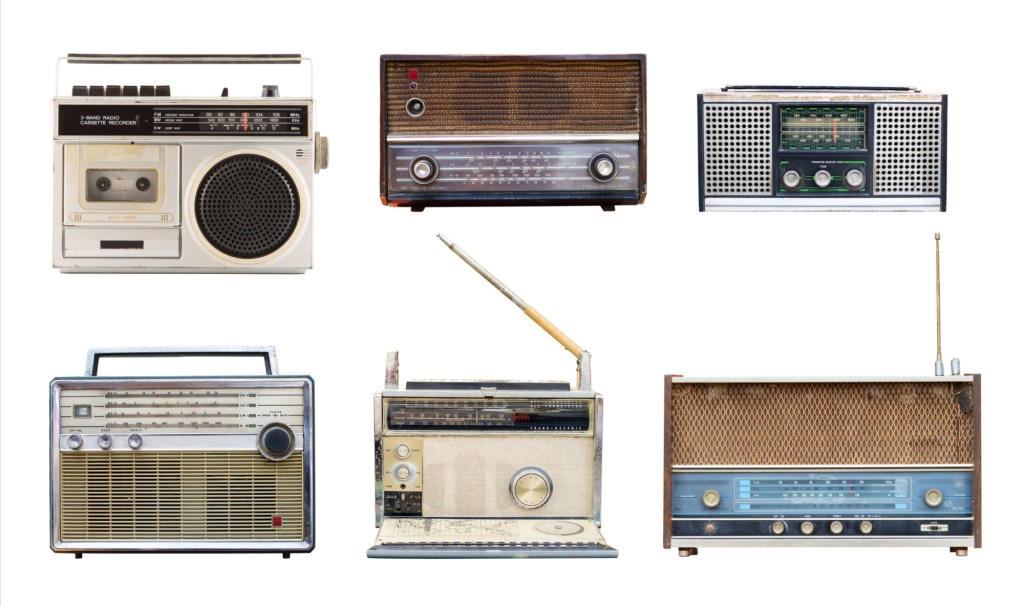 I mentioned MixCloud.Com before, but recently the posts are so great that I have to mention it again.

MixCloud’s Retro Radio Joe (mixcloud.com/retroradiojoe) and Radio Maven 77 (mixcloud.com/rob-frankel) have both released material that is a virtual history of the top 40, freeform FM radio and the album-oriented radio so varied, I honestly have no idea where the material came from.

• Dusty Street on KROQ (106.7 FM) from 1984. This was still the infancy of KROQ’s new wave, as it was quickly becoming the place to find new music. Street is one of the originals, and it’s a great listen.

• KKDJ’s (now KIIS, 102.7 FM) Rewind ’73 Year in Review with Charlie Tuna. I’ve heard that before, but it’s still a great listen. The music and news of 1973 as Watergate and the end of the Vietnam War dominated the news

• Dave Diamond on KBLA (formerly 1500 AM) from 1965. KBLA was a creative force that had the talent and the music…all it needed was a signal and a budget to really compete. Diamond is still amazing and that’s him in a more relaxed post-KHJ vibe.

• Charlie Tuna on KHJ (9:30 am) from 1972. Tuna is one of the best DJs of all time, regardless of format. He’s done top 40, oldies, country and more. Here it is in its first element, absolutely irreproachable.

• B. Mitchel Reed on KLOS from 1981. Reed is one of the first free-form DJs heard here playing rock album.

• Bob Crane on KNX (1070 AM) from 1964. Crane was immensely popular on radio, with a friendly personality that served him well when he appeared on “Hogan’s Heroes” television. Here are the hosts of one of the most popular morning shows ever heard on KNX.

There are many, many more, including Jack Snyder, Paraquat Kelly and Mary Turner on KMET (now KTWV, 94.7 FM), a montage of KHJ’s Summer Jam lineup from 1975 – which includes Billy Pearl, a Pearl recording separated, and much more. Absolutely worth checking out if you’re a radio geek like me.

Most of the hosts – the non-students – of the award-winning show Mornings on the Beach, heard on 22 West Media (88.1 HD3 and 22westmedia.com) weekdays from 8 to 9 a.m., left the show in December, so that the search for replacements is ongoing.

The show is produced on the campus of California State University, Long Beach, and apparently it’s difficult to recruit students to host a show on a student-run radio station when said students are away for summer vacation. winter, especially when the latest wave of COVID cases kept the campus closed more than normal.

But station manager Danny Lemos told me the search for the next radio star has begun in earnest. He calls it “The Next Big Broadcast Star Search,” which will take place virtually. CSULB students – applicants must be currently enrolled at the University – with an “above average” interest in radio and broadcasting are encouraged to apply through the 22 West Media webpage.

Lemos indicates that sample audio or video files can be uploaded at the time of application submission. “We are looking for students with a strong interest in broadcasting and a positive attitude to lead the show, learn radio skills and have a ton of fun!” Questions about the process can be directed to [email protected]

The rest of the story

Last week’s tribute to former DJ Billy Pearl, who died two weeks ago, included some minor inaccuracies. It turns out that Pearl was indeed hired by one programmer and fired by another, but Gary Cagle was the first and Charlie Van Dyke the second. Insiders tell me it was Pearl himself who ended his tenure, not a change in station management.

Writing on http://kenlevine.blogspot.com, Pearl’s former housemate Ken Levine said: “Apparently he made his displeasure known inside the building to the point that he was released after May -be a year. And think about it, for a station to fire one of its best and most popular performers, it has to have scooter-riding them.

That doesn’t take away from his talent, but it does explain the short tenure at KHJ. And as Levine’s message suggests, it reminds us to appreciate our blessings.