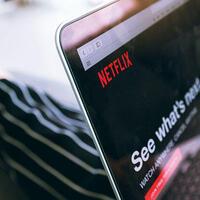 Internet radio-TV broadcasts are now under the control of RTÜK

The Supreme Council of Turkish Radio and Television (RTÃœK) has been formally empowered to regulate and regularly monitor shared audio and visual broadcasting on the Internet.

According to a regulation on “Presentation of radio, television and optional shows on the Internet” published in the Official Gazette on August 1, the watchdog inspections will include movies, series on digital television platforms such as Netflix and social media platforms. who regularly broadcast news. The regulations cover news broadcasts on YouTube, but not individual YouTube feeds. Those who broadcast online will first need to obtain a license from RTÃœK.

“When providing radio, television and on-demand services on the Internet, measures will be taken to ensure parental control of media content that may be harmful to the physical, mental and moral development of children and young people,” he said. regulation.

Platforms for natural and legal persons dedicated to the transmission of individual broadcasting and communication services on the Internet (excluding newspapers, films and television series) are excluded from the scope of the regulation.

The provisions of this regulation will also apply to the transmission of broadcast services from media service providers or platform operators under the jurisdiction of another country which is determined to broadcast contrary to the provisions of the law. Turkish, although the content or localization provider is located abroad. .

The law also applies to the publishing services of broadcasting institutions even if their broadcast language is not Turkish but broadcasts commercial communications services to Turkey.

According to the legislation, foreign companies wishing to broadcast in Turkey on the Internet must set up a company and obtain a license in Turkey.

So Netflix, even having its head office in the Netherlands, will have to establish a company in Turkey to obtain a license. RTÃœK will identify broadcast platforms, which do not receive a license, and advertise them on its website.

Local streaming TV platforms such as Blu TV and Puhu TV will also be under RTÃœK’s inspection.

Social media platforms that regularly broadcast news will be subject to the same regulations, such as Medyascope.tv, which broadcasts audiovisual journalistic content through Periscope.

The regulations provide for the removal of the entire program or only the relevant part of the content that violates the law. The broadcast license may be terminated for any compelling reason deemed appropriate by RTÃœK.

In the event that the conditions for granting a license are lost, publication may be suspended for a period of three months. Thirty days will be given to the broadcaster to re-establish the necessary conditions.

Media service providers who provide broadcast services to subscribers or users for a fee and through conditional access will pay RTUK five per thousand of their annual net sales.

There are gray areas and unclear provisions in the legislation, said Faruk Bildirici, board member at the daily HÃ¼rriyet. The legislation is developing on unspecified platforms, but those platforms are not defined, he said.