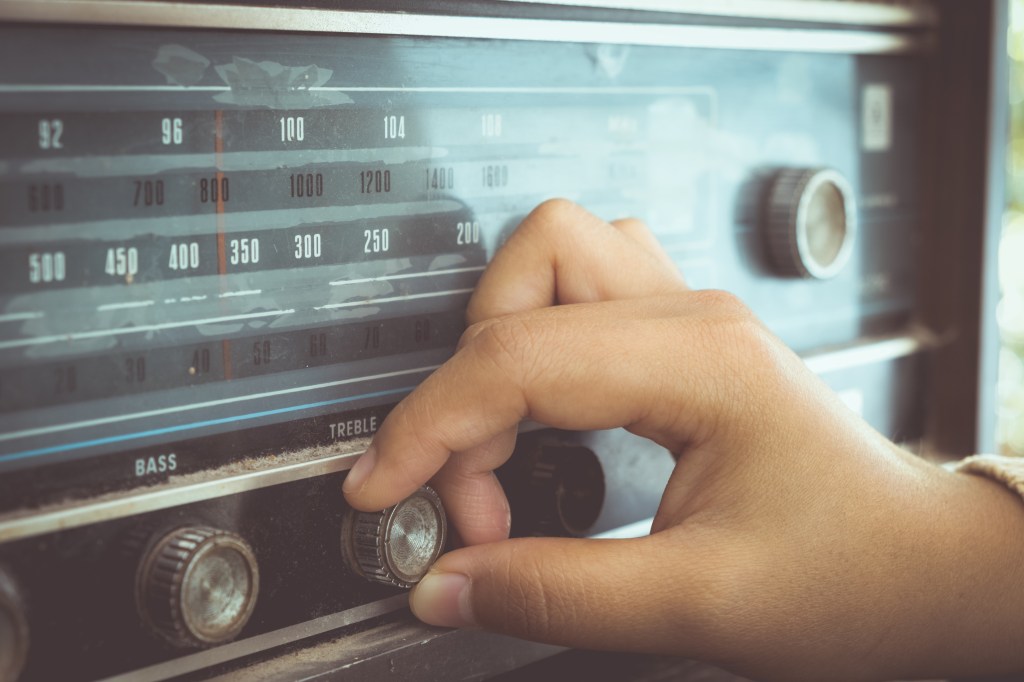 Something happened on the way to the future: the past got in the way.

I’ve been spending time reading online forums and other vintage electronics pages lately. This includes sites that involve sharing the passion and getting help, like I did with an old Zenith TV console that my wife and I bought shortly before our wedding. Granted, it really isn’t worth anything, but I hated throwing it away. So for $ 2, three capacitors and some time later it works great again. I will be using sites like this to repair and restore old tube radios, as well as the RCA transistor radio that I mentioned here months ago.

Reading the news and watching videos (a Shango066 YouTube account was my guilty pleasure; a SoCal local, he runs old stereos and televisions again, some of which were just found thrown overboard. of the road). I discovered something fascinating.

Remember those stereo consoles that you could find in living rooms from the 50s and 60s? They are back. Seriously.

This was in an era before the component stereos that took over in the late 1960s and 1970s. The best models from Magnavox, Zenith and others combined beautiful furnishings, good sound and even sometimes a large screen – for the time – television. Earlier models were, of course, tubes; solid state designs came later.

There is a small, dedicated group that restores these old consoles, and there are companies around that will do it for you. Some restorations incorporate modern technologies such as Bluetooth connections and media players. But what surprised me is that you can even buy new models from more than one company.

They are not cheap. Partly because the wood used in the furniture is incredibly beautiful, and the products are handcrafted here in the United States. Wrensilva models (wrensilva.com) and Luno (iamluno.com) are built in California; list prices range from approximately $ 7,500 to $ 15,000 depending on the model. The new consoles include a record player but no radio tuner. To play the radio, they rely on Internet streaming services, or you can add an auxiliary tuner. This isn’t necessarily bad, as the apps they use are often as easy to use as an old radio, and the sound is generally better.

So what’s the point of bringing back an old idea that, in most minds, is past its prime? Interestingly, it’s a new technology that drives it: flat screen TVs. Pair a new large wall-mounted flat screen with a new or refurbished stereo console in finely polished walnut or mahogany, and you’ve got a new elegance that most modern electronics lack. The added bonus: Even the oldest ones can make your home entertainment system sound great.

In case you missed the story, Kevin Ryder, longtime morning star on KROQ (106.7 FM) when he was half of Kevin and Bean, was paired with Doug “Sluggo” Roberts for the Kevin and Sluggo Show on KLOS (95.5 FM). The program airs weekday afternoons from 3 p.m. to 7 p.m.

So what are two ex-KROQ jocks doing on KLOS? Play music and have fun. The management of KLOS is taking a different path than so many other stations by not only maintaining a local presence, but allowing the station to still have a certain personality.

I’m looking to connect with station programmer Keith Cunningham to learn more about the station’s long-term plans, but I absolutely can’t wait for it to work. In my mind, radio has to be local to compete with Apple Music, Spotify, Pandora and others. And KLOS is showing intelligence by taking the step like other stations across the country with regional or national programming. Intelligent, very intelligent. I will watch and listen carefully.

It’s funny. Whenever I mentioned Rush Limbaugh in this column, no matter what I wrote, I received letters and emails from people accusing me of being both a left fool and a right wing fanatic. I guess this shows that there has been a polarization with politics longer than I thought.

But there’s no denying that the Limbaugh show, at least in its early years, rejuvenated talk radio and, in a sense, extended the useful life of AM radio. Granted, as the show got older, the average listener got older with him and her, but the early days of the show brought a new kind of listener to radio and band talk. I’m sure Limbaugh’s previous life as a Top 40 DJ is one of the reasons.

Limbaugh knew how to entertain. Like Tom Leykis, another entertaining conversationalist and who was once the liberal counterpoint to Limbaugh when they were both on KFI (640 AM), his lineup had just played the hits. He knew how to entertain and keep people hooked. Indeed, if you listen to Limbaugh’s airchecks in his radio debut when he was known as Jeff Christie, you hear someone who was actually a hell of a good DJ. And you hear early versions of some of the elements he used when he launched his talk show, first in Sacramento, then nationwide.

It was the entertainment aspect that made Limbaugh different. His show was fascinating. Topical. Funny. Amusing. It was designed to appeal to conservatives, but – especially in its early days – also attracted some on the left. He even put Liberal callers ahead of the line if they called. And like many big stars – and stations – of the past, it was hard to copy, although many tried. Most unsuccessful, on both sides of the political spectrum.

Is there someone who can take his place? It’s difficult. Right now, no one needsâ€¦ Premiere Radio, which distributes the program, will use â€œarchivedâ€ programs to keep its voice on air until a long-term plan is made.